There were two boys on each of the guns at the entrance to the ship, being led in a reenactment of an attack by one of the ship’s volunteers.  He yelled to them where the enemy planes were coming in from, pointing out in the horizon above the Houston Ship Channel, and we forgot for a moment that this battle took place across the ocean.  He helped them to sight the guns and “fire” at the ghost of foes from long ago!

While the boys had a blast, it really brought to life what it must have been like on that ship in the early part of the last century.  I couldn’t imagine being one of the 1800 sailors aboard the ship, in the middle of the ocean, in turbulent waters fighting unknown enemies for two world wars!

The boys, and adults, all loved the ship!  While ship docents give tours of the ship, our 4 boys had been sitting in a car for hours, so we decided on the self-guided tour and let the restless boys explore the ship on their own!  I could tell the other guest were thanking us!

We toured it early on a Saturday morning, our first stop on our Cub Scout Weekend, which also included visits to the Kemah Boardwalk and a behind the scenes tour at the Aquarium, and a sleepover at Space Center Houston!

While parts of the ship are off-limits, like the Pilot House, which you can only see from behind a barrier.

While they ask that you not climb on the big guns, there are plenty of places to climb aboard the ship!

That’s the San Jacinto Monument there is the distance.  The San Jacinto Battleground State Historic site, which commemorates where Sam Houston and the Texas Army captured General Santa Anna and defeated the Mexican Army during the Texas Revolution, along the shores of what was then Buffalo Bayou, has a large memorial, museum and walking trails.  The Houston Ship Channel was built by dredging Buffalo Bayou and Galveston Bay. 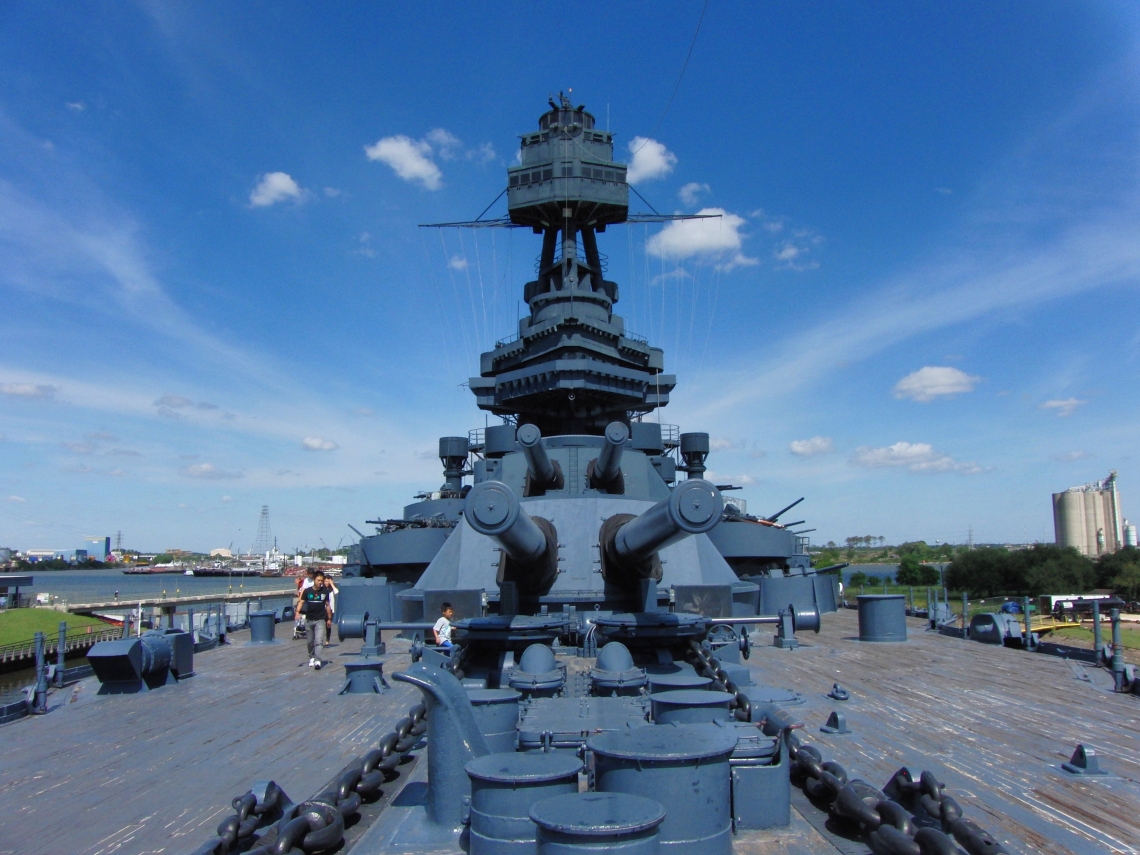 You can actually climb into the “room” where they aim and fire these huge guns, too!  That was another big hit with the boys.  I had to drag my 9-year-old out a few times!

I love these big chains, and should have had one of the boys come sit beside it so you can see how large they are! 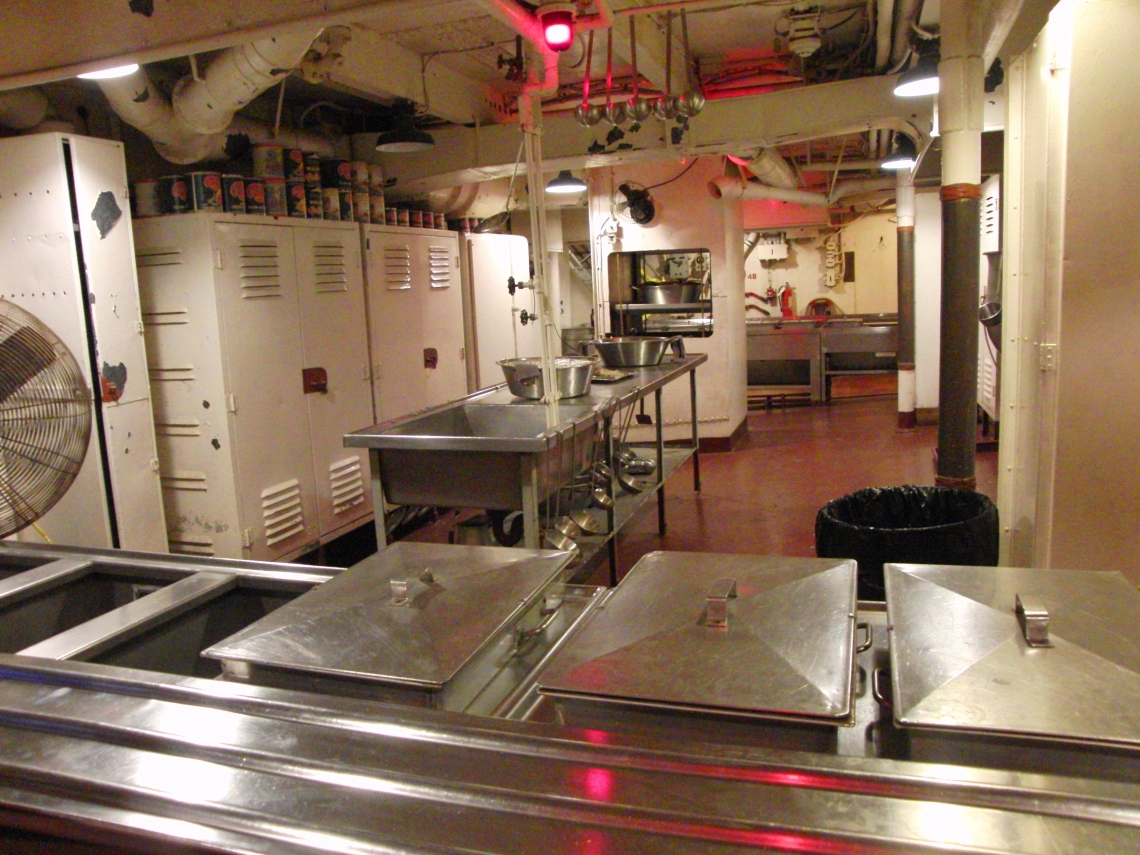 Imagine cooking on a rocking ship, for 1800 people, 3 times a day!  It makes me feel better about cooking dinner tonight for my little family of 5. 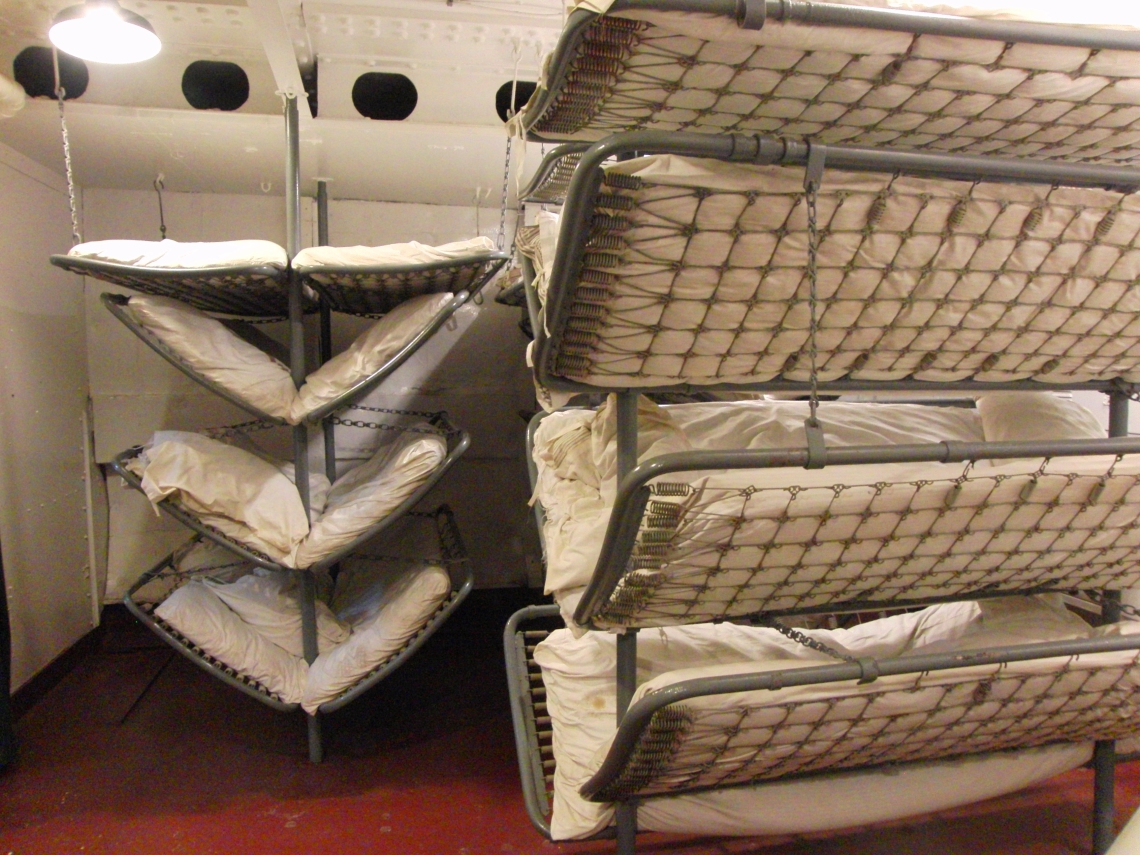 There are beds everywhere on the ship, not just in “quarters”!

The ship feels as if it has been left in the same condition as it was in when the last sailor stepped off in the 1940’s.

While you can’t climb all the way up, and you can go up pretty high!

From the top, you can get a great view of the Houston Ship Channel, too!

Special Events on the Battleship Texas!

For a more in-depth look at the Battleship, take a Hard Hat Tour of the ship, offered 5 times a year.  Click HERE for more information.

Youth groups, such as scouts, can spend the night on the Battleship, and tour places normally off limits!  Click HERE to read more.

Use the restroom before boarding the ship, no restrooms on board!

A Texas State Parks pass allows you and your family FREE access to the Battleship Texas!

Wear shoes with a good grip for walking on the decks and climbing ladders.

Things To Do in LaPorte

Right next to Battleship Texas is the San Jacinto Battleground State Historic Site.   You can ride up the elevator to the top of the monument, visit the museum below, have a picnic in the park and walk the trails out around Galveston Bay.  Click HERE to read more.

Nearby Sylvan Beach Park has a playground, beach and fishing pier.

Since 1888, the Lynchburg Ferry has offered FREE passage across the Houston Ship Channel.  Take your car across, or just park it and take a ride!  Click HERE for more information.

Learn more about the Houston Ship Channel during a FREE tour aboard the Sam Houston Boat Tour offered by Port Houston.  It’s a little way outside Laporte, but it’s a good tour, and it’s FREE.  Reservations required at least 24 hours in advance. Click HERE for more information.

AirBNB has a couple of really nice places in La Porte, but I love this big home on the water!  Click HERE to visit their AirBNB page.