Named for the USS Seawolf, a World War II submarine that was lost during the war, Seawolf Park is home to the American Undersea Warfare Center. It displays two WWII vessels, which are available for self-guided tours.  The park also offers a lighted fishing pier, playground and picnic areas.

The park does not allow in and out privileges, so purchase food, drinks, bait etc before paying.

Basketball and Volleyball courts, bring your own ball.

There are picnic tables and some grills, and you can bring your own grill.  No ground fires allowed.

USS Cavalla and the USS Stewart

Tour inside this WWII Submarine, which sank a Japanese aircraft carrier after Pearl Harbor.  The USS Stewart is one of only three destroyer escorts in the world.  It’s truly a must for anyone who loves military history.

The American Undersea Warfare Center host events year-round, including sleep-overs, camps for kids, cooking classes, ghost tours and much more!  Click HERE to follow them on facebook for the most current events.

The biggest draw to Seawolf Park is the fishing, which is said to be good year round.  A fishing permit allows you to fish on the lighted pier, or anywhere on the grounds.

Please don’t feed the hungry pelicans that hang out around the island, waiting to steal a piece of bait.  We watched as a brave pelican became ensnarled in a fishing line trying to grab the bait, and it was a struggle for the man who freed it.  My daughter tried to assist him, and was snipped by the frightened pelican in the process!  Kudos to the good man for making sure to release the bird, and not just cut the line.  During our visit we spotted a pelican flying around with a long fishing line dangling from its foot. 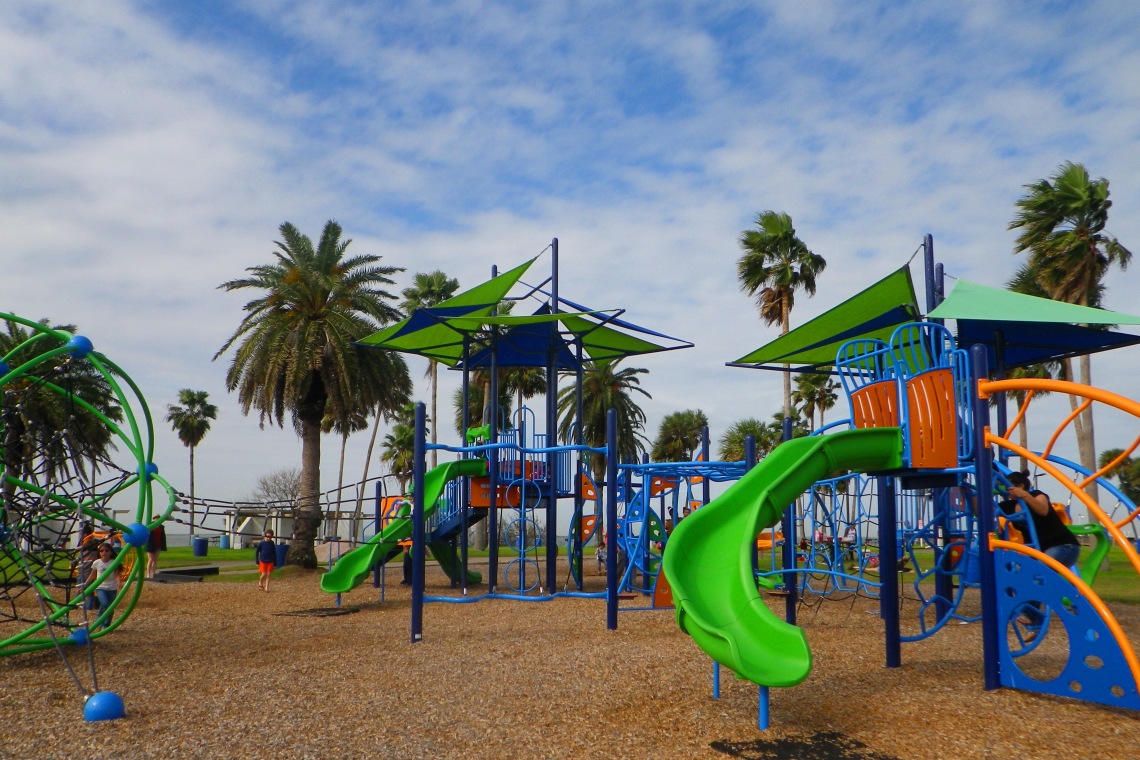 Of course, my kids loved the playground, which had enough equipment that even my 6’2″ teenager had space to climb!

Although the park and grounds were fairly busy for a windy January afternoon, the grounds all over the park were very clean.  While some of the picnic tables were in need of some repairs, we found a nice spot for an afternoon picnic in the park, even one blocked by the Gulf wind!

Pelican Island has an interesting history, too.  It was originally an immigration station, where ships were checked before heading into Galveston or the Port of Houston.

The old Seawolf Park Pavilion is now closed and fenced off, awaiting demolition. 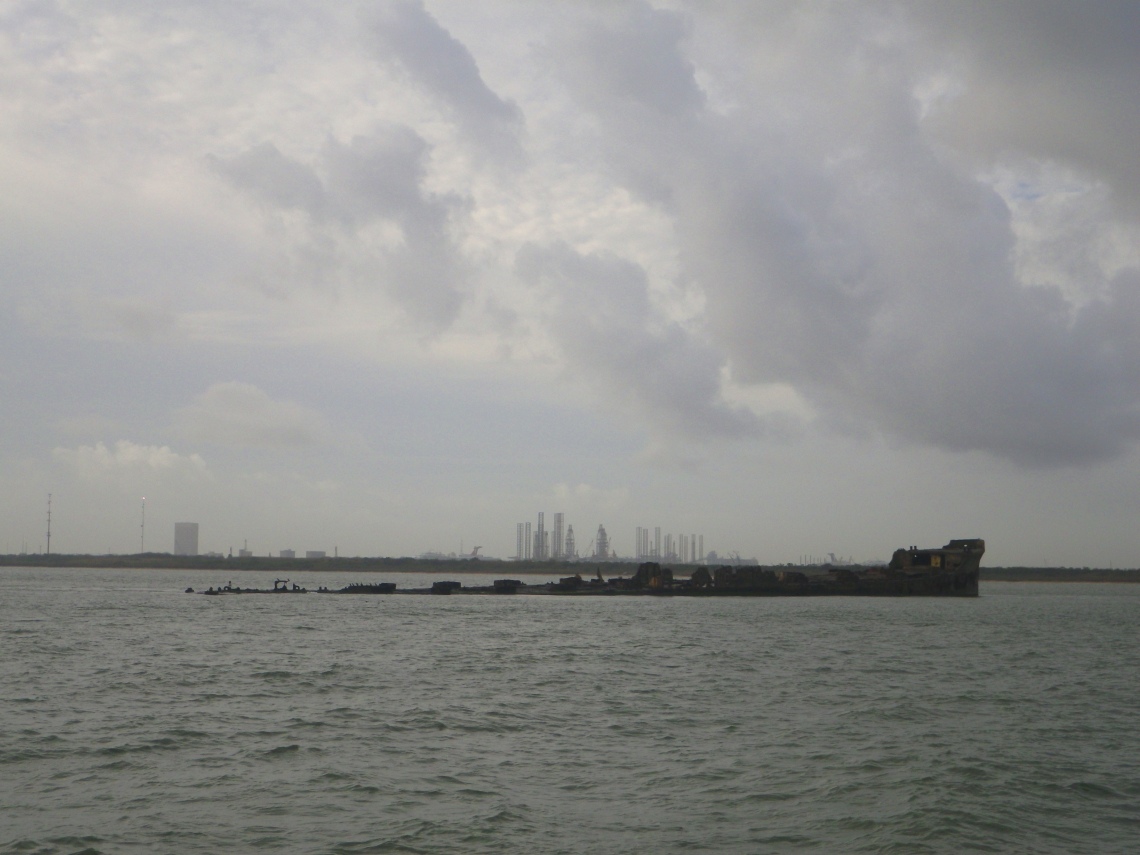 From Seawolf Park you get an excellent view of the SS Selma, the world’s largest concrete oil tanker, which was an experimental ship built during WW I during the steel shortages.  The ship was damaged in 1920, less than a year after it was launched, and in 1922 the ship was permanently placed just off the island.

Pelican Island is also home to the campus of Texas A & M University at Galveston, and to reach Seawolf Park, you must drive through the campus.

Another interesting stop is the Pelican Island Causeway Drawbridge, one of the few remaining drawbridges.  There are plans to build a new, higher bridge onto the island, eliminating the drawbridge and traffic jams that it creates.  While it doesn’t open often, it’s something to take the kids to see before it’s gone!

Things To Do in Galveston

Take a 4 hr. bay fishing trip with Galveston Party Boats!  They have everything ready for you!  Click HERE to read more.

Celebrate Mardi Gras is Galveston!  There are tons of fun activities for the entire family!  Click HERE to read more!

Tour the 1892 Bishop’s Palace, one of the premier home on the island!  Click HERE to visit their website.

Shrimp and Stuff is one of my favorites, a small local restaurant tucked away from the tourist spots, located at 3901 Ave O.

Check out VRBO for rentals at Diamond Beach Resort on the island!