One of the most famous of the Texas Forts Trail, Fort Richardson State Park gives you a look at the life on a frontier fort with restored buildings and some ruins during the years after the Civil War, from 1867 – 1868.  The park also offers fishing, camping, hiking trails, interpretive activities, a trailway to Lost Creek Reservoir and an annual Civil War Reenactment. 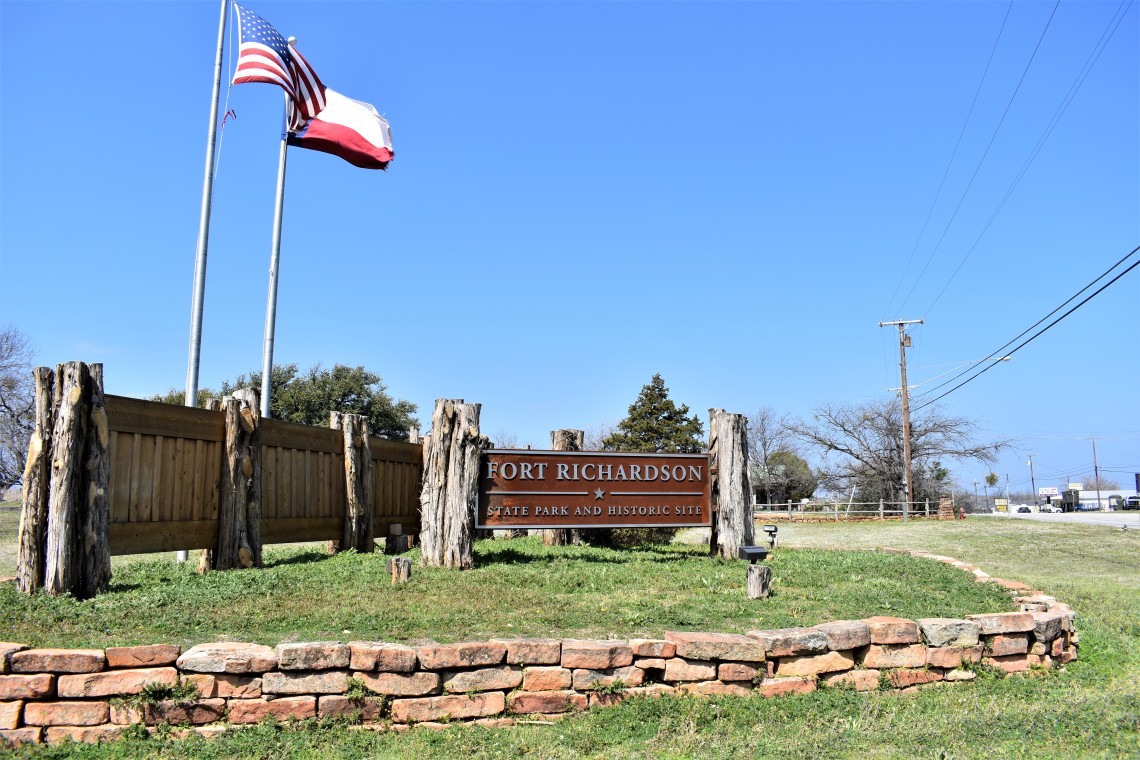 Located just an hour and a half from DFW, it is an easy drive in the country!  Day admission is just $3 for anyone over 12. 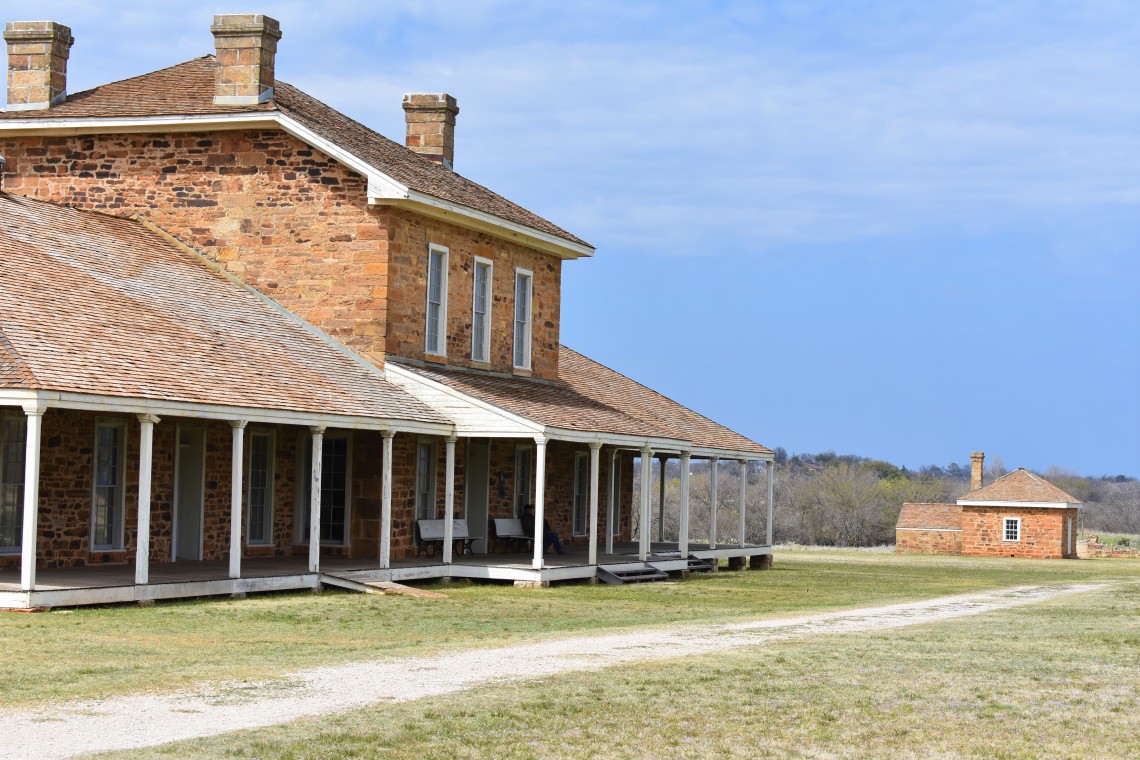 While the state park is made up of more than just the historic fort, it’s the most popular attraction.  Many of the original buildings still remain, and the state has decorated them in period pieces to bring the past to life!  Guided tours are given twice daily during the week, and the buildings are open on the weekends with staff available to answer questions.  The largest building is the hospital. 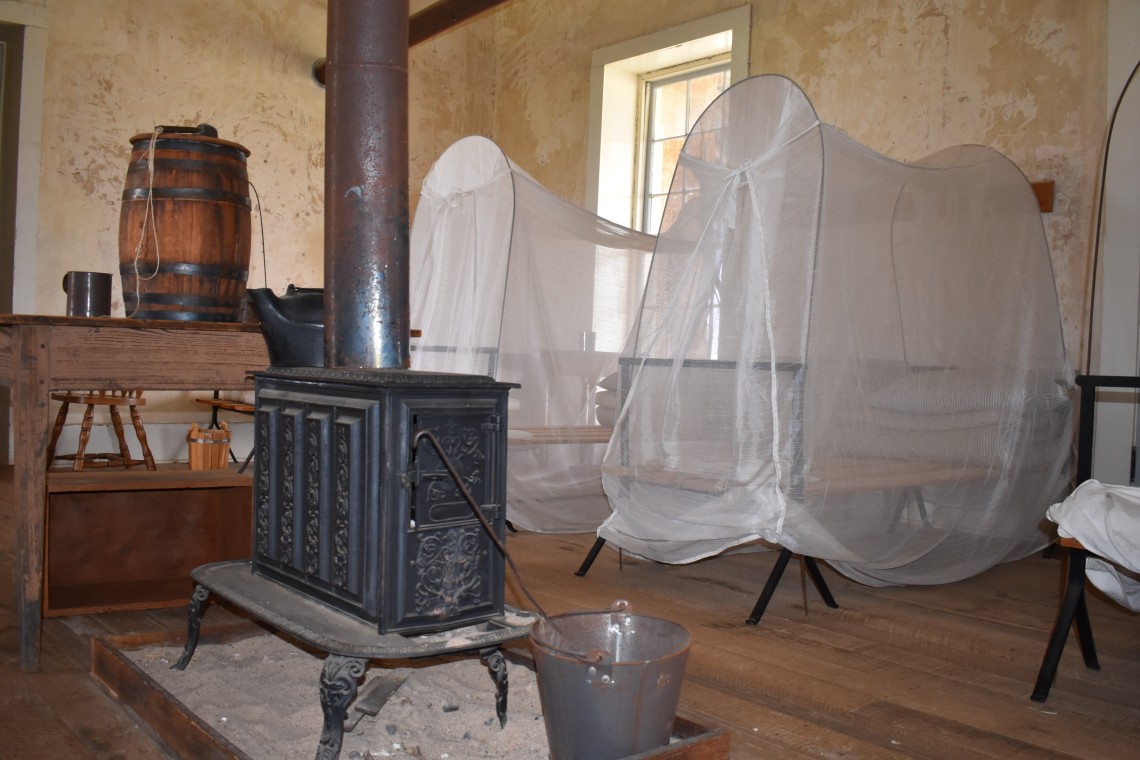 A wood-burning fire kept the room warm for the sick and wounded soldiers.  Our guide explained that during the days of a fort, Jacksboro was a wild west town in every sense of the word, known for it’s many saloons and brothels.  One of the more common ailments that sent soldiers to the hospital were STDs. 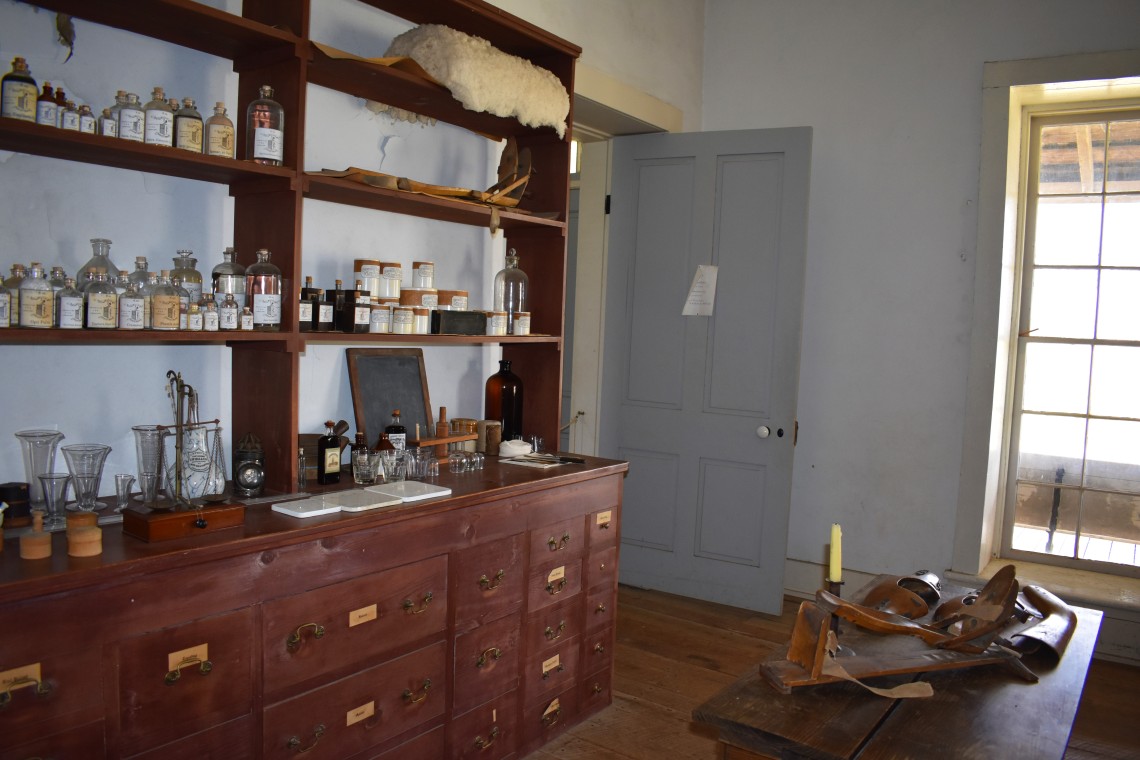 There were several physicians that were assigned to Fort Richardson during it’s reign, and in addition to looking after both the ill and healthy men, they were responsible for collecting flora and fauna specimens to be studied. 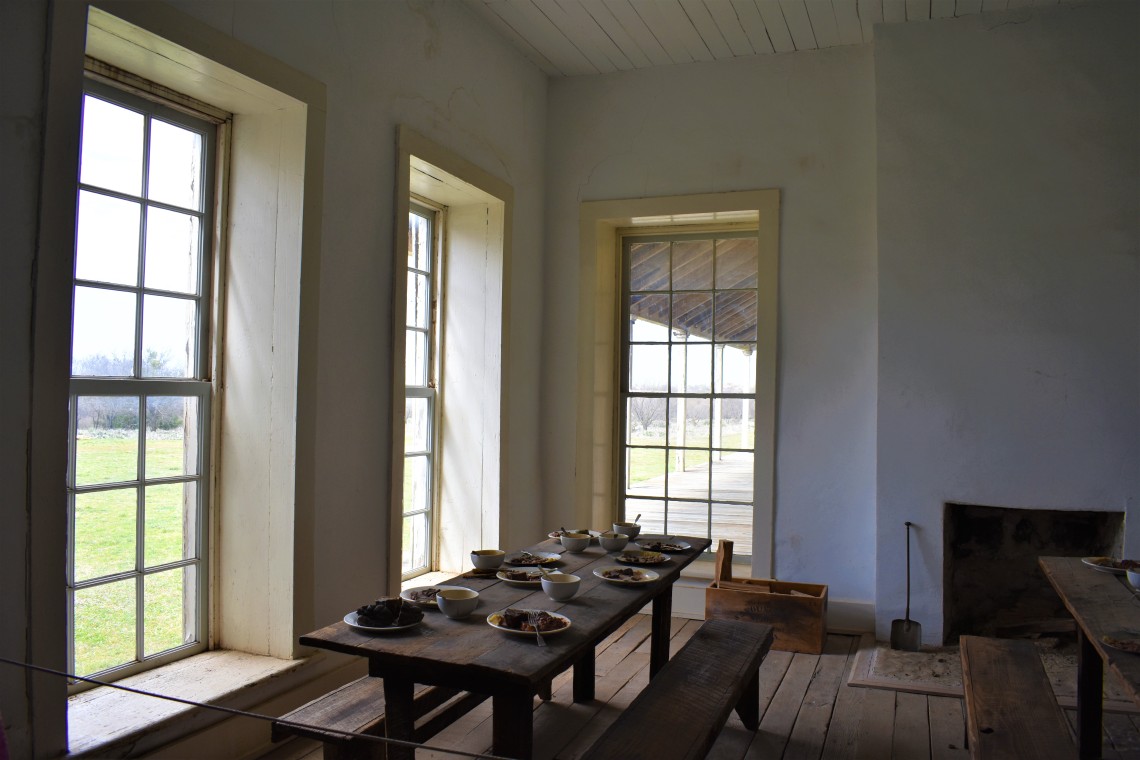 The hospital kitchen table is set with fake food, just as it would have been in the fort days!  Soldiers had plenty of meat, especially beef on the fort, but very little in the way of fruit and veggies, which were hard to grow in the rocky Texas dirt. 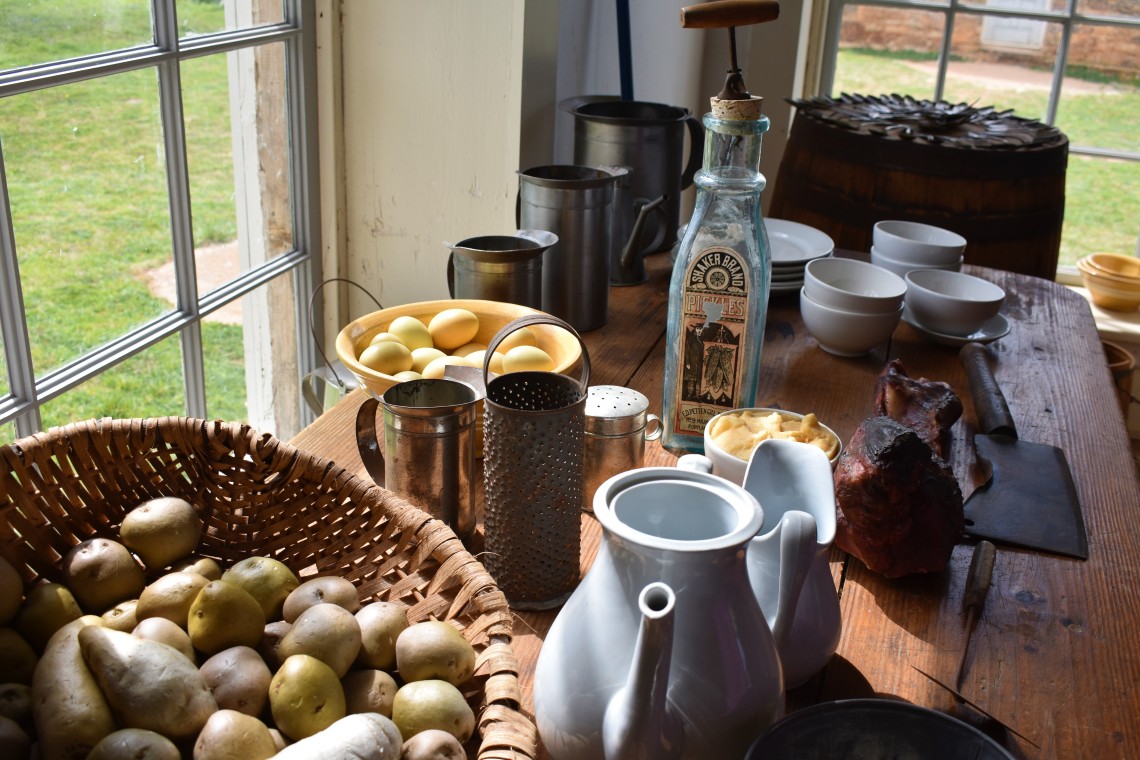 The kitchen in the hospital looks like it is ready to work.  Supplies were only delivered once every 6 months, and often not exactly what was ordered.

While we have done both the self guided tour and the guided tour, I really recommend a guided tour, so you don’t miss any of the stories of the fort. 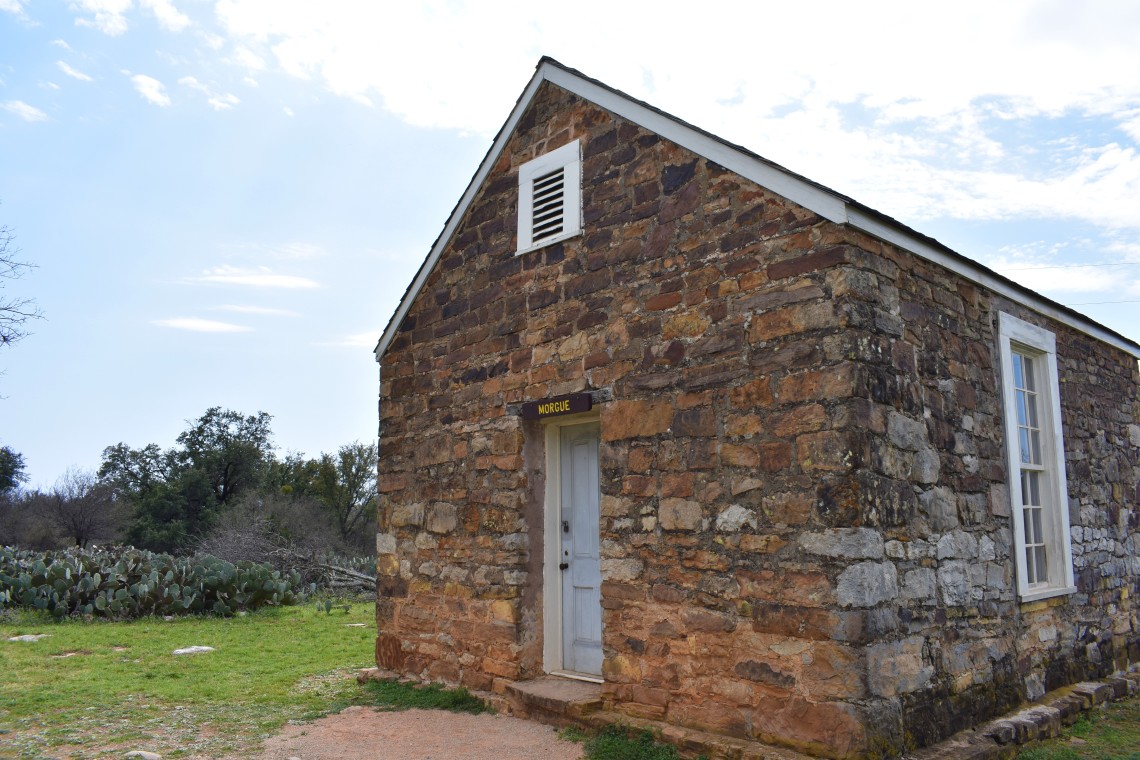 While the hospital was used for many years as a morgue also, a proper morgue was eventually build outside.  A special time to visit Fort Richardson is during October, when the fort is decorated for trick-or-treating, and you never know what surprises you might find! 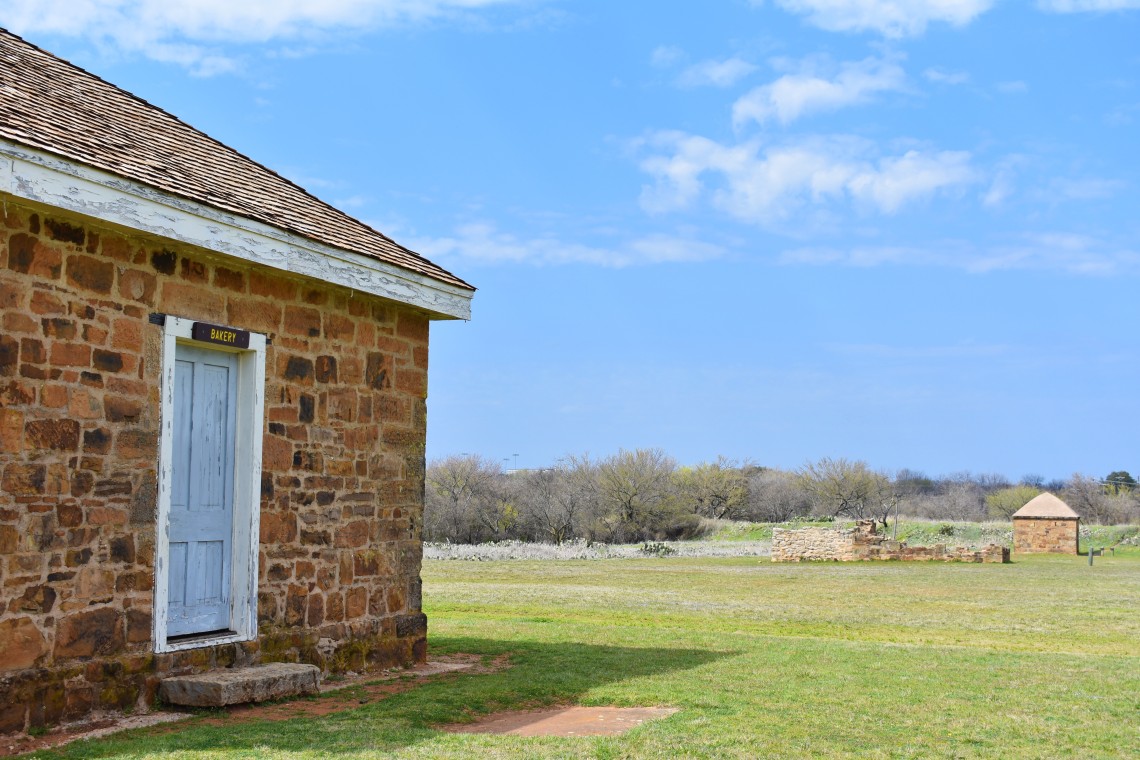 There is also a bakery, and the remains of the prison.  It’s hard to believe how small those little cells were, and they would contain numerous people!  Desertion was common at the fort. 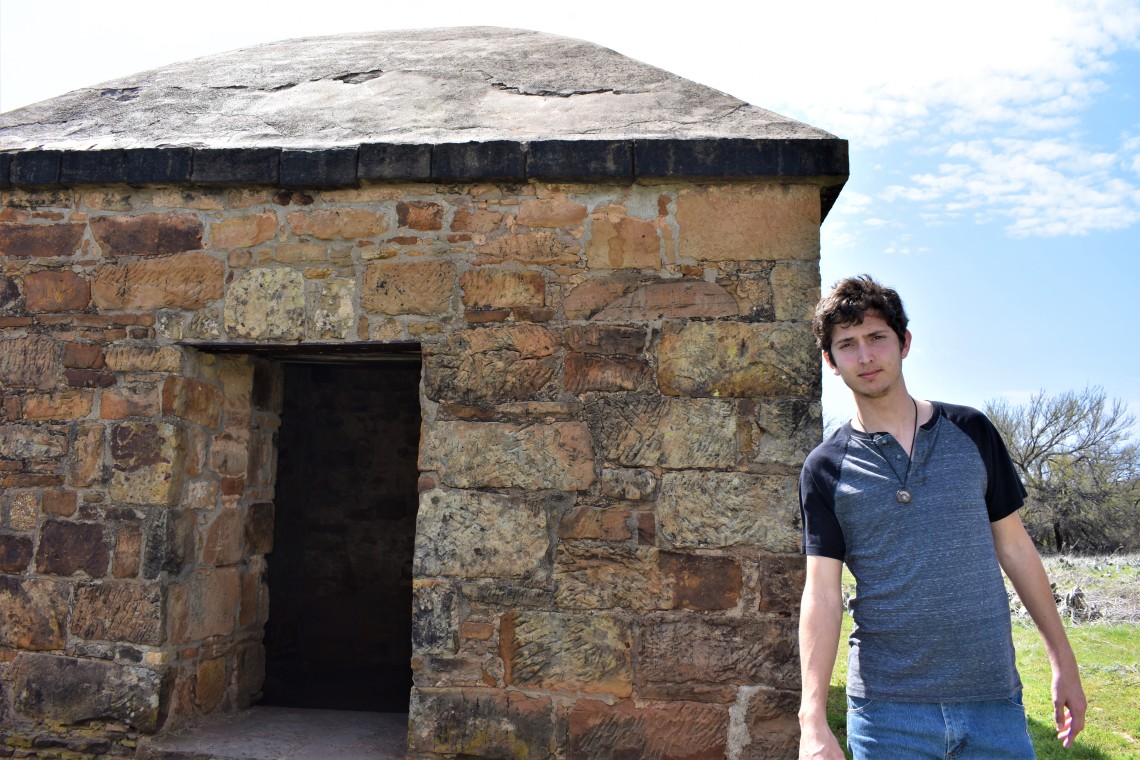 The magazine was kept at the very back of the fort.  Look at the door and how deep the walls are to protect from fire or explosion. 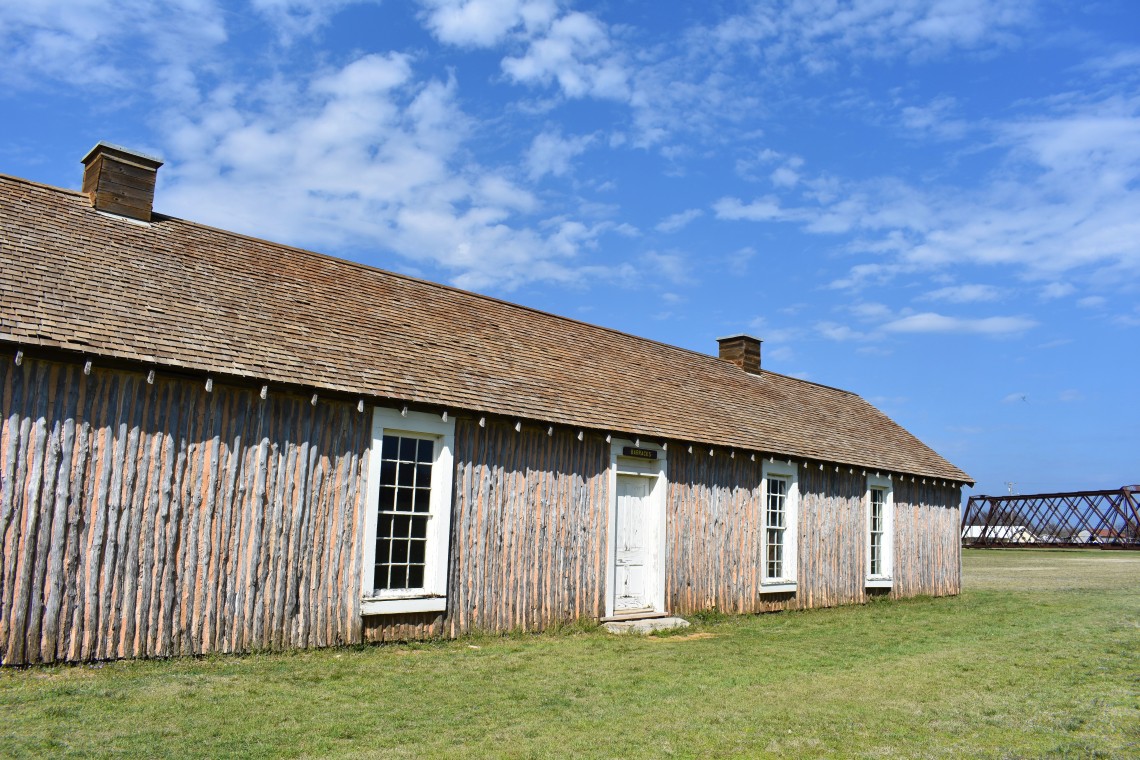 The Barracks are still used for events. 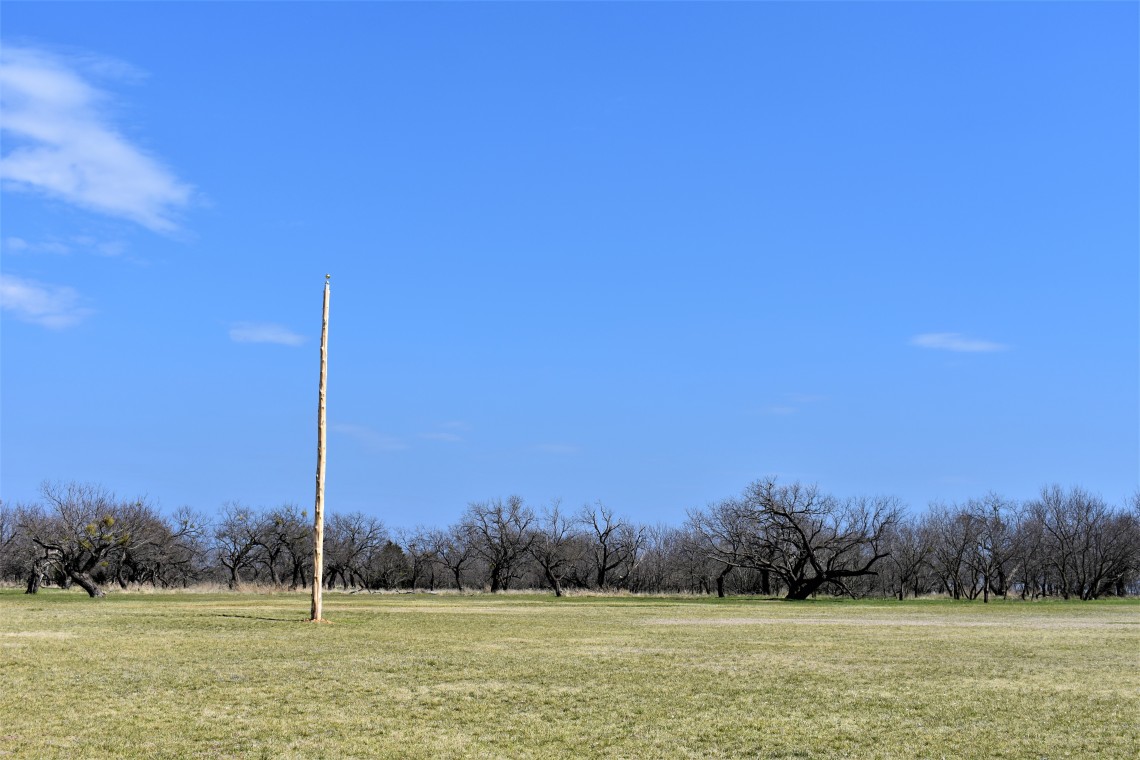 As with any fort, in the middle of the parade ground stands the flag pole.  One of the tour guest with us was military, and explained that the legend goes that inside the ball at the top of a military flag pole is a razor blade, a match and a gun.  The razor blade is used to cut up the flag, the match is to burn the flag and the gun is for self defense, should they find themselves along defending the base!  While I doubted the validity of the story, I did google it, and was surprised to find so many similar stories, true or not. 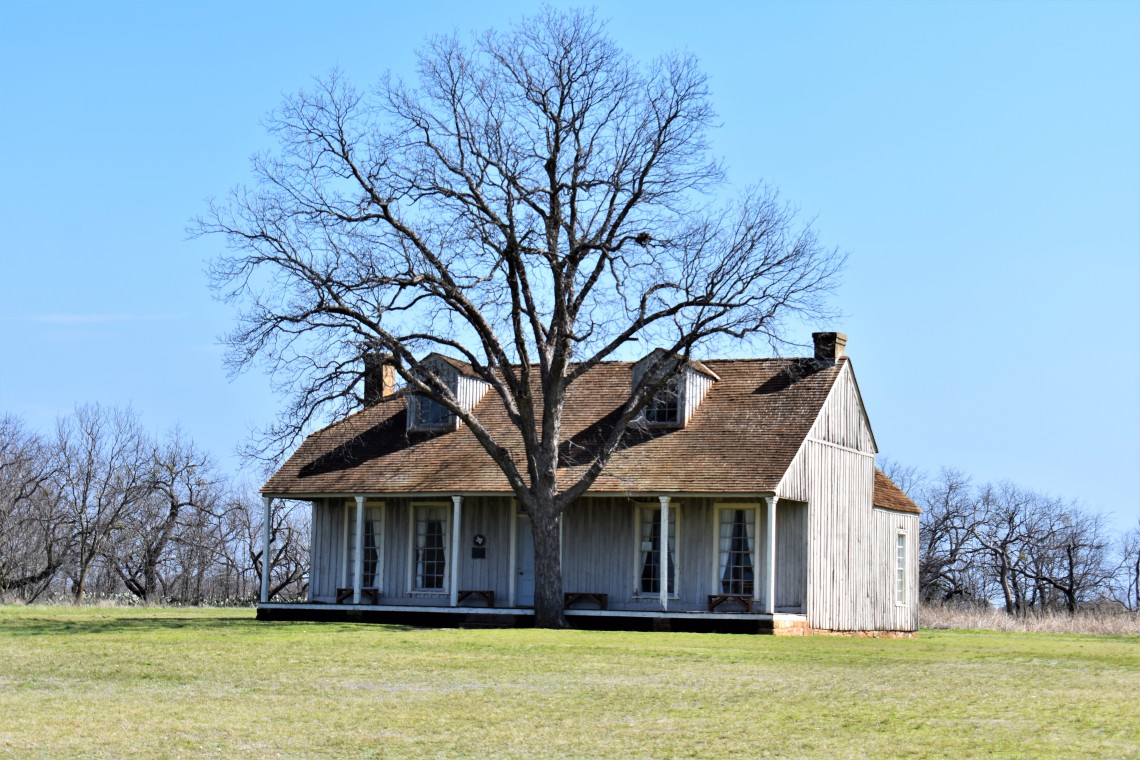 Our last stop was the Officer’s Quarters, where the officers often lived with their family.  It’s really a great tour, and we had a wonderful time.  Be sure to ask about the graves on the fort, too. 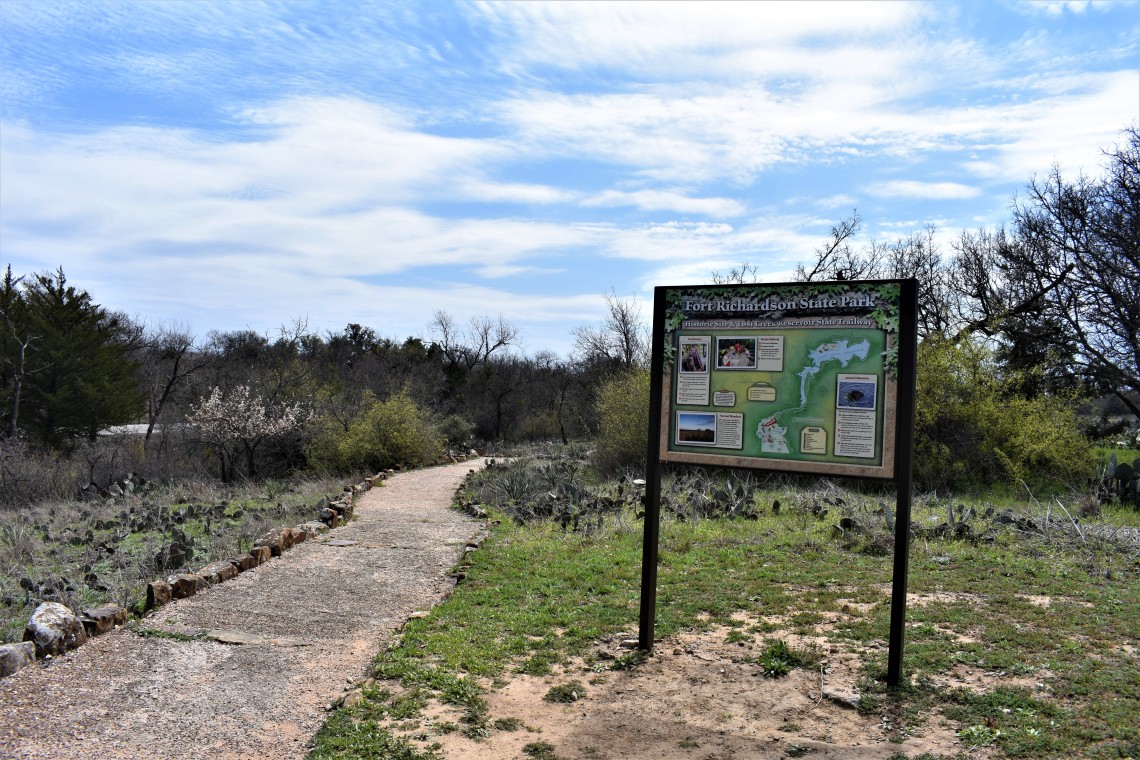 After our tour, my son and I hiked the 1/2 mile (one way) Lost Creek Nature Trail.  It’s a great little walk with steps and nice views. 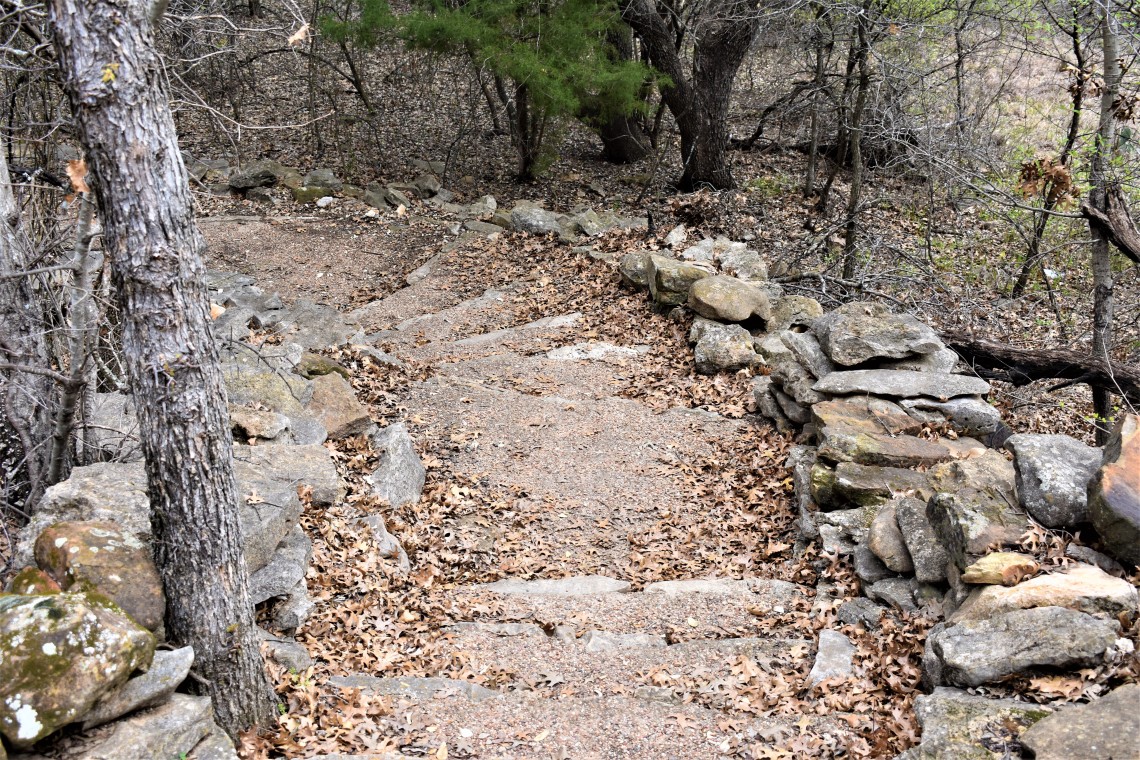 It’s a fun hike with plenty of steps along the way. 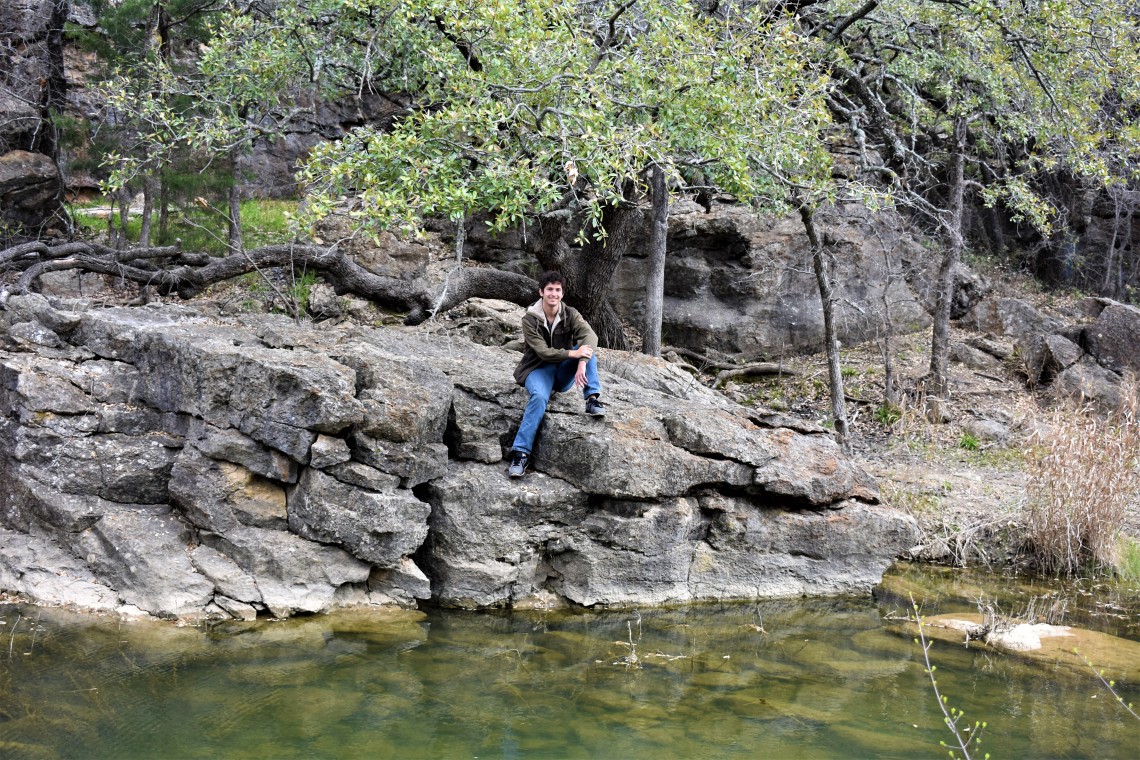 The trail runs along Lost Creek and makes for some nice photo ops. 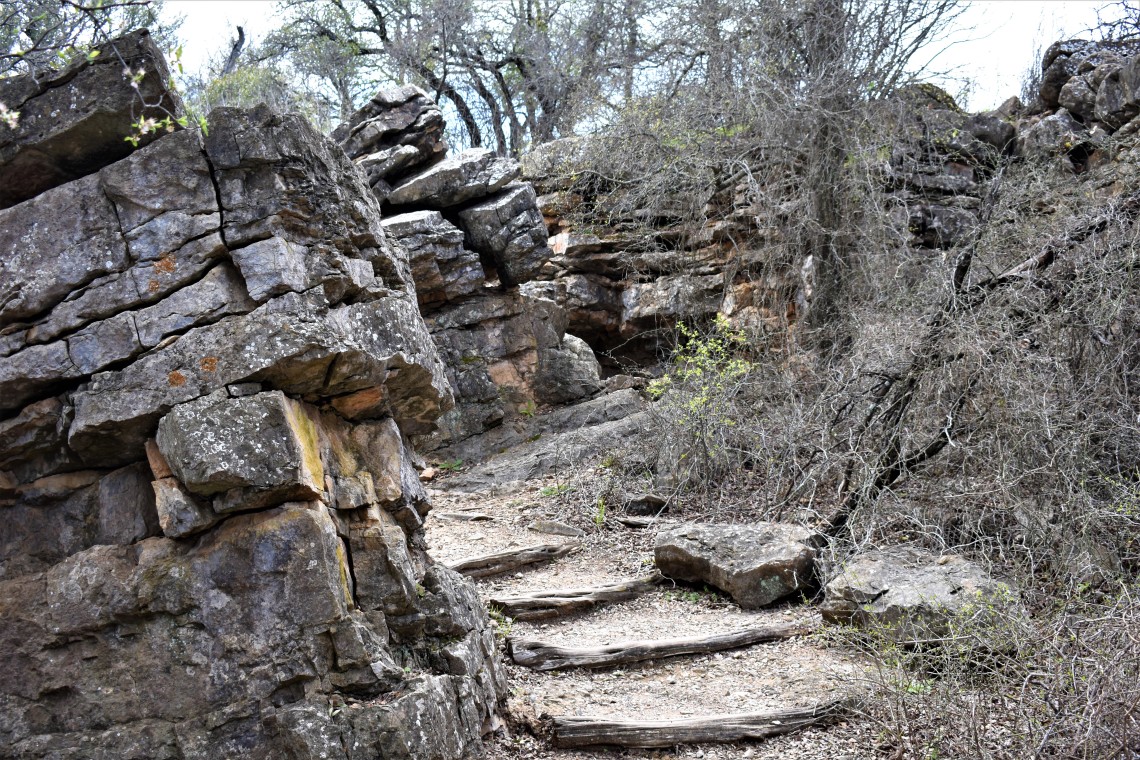 In March, nothing had started to green up or bloom, but it’s an amazing trail in the spring! 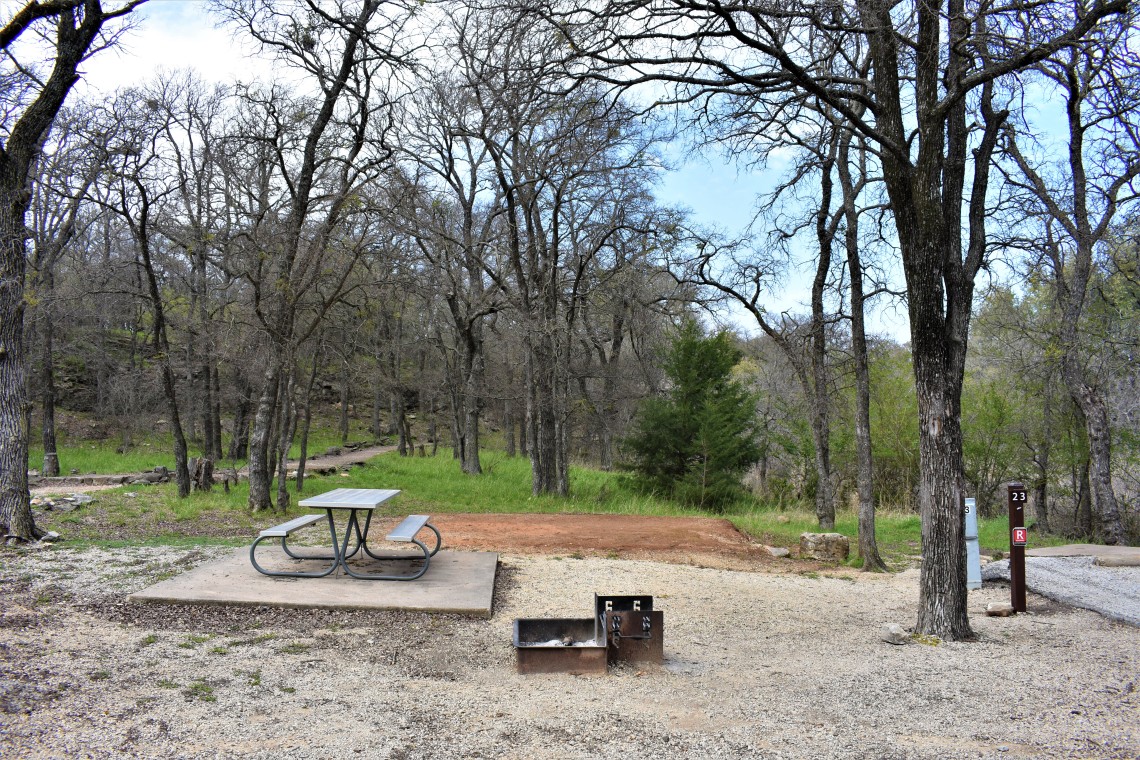 Which conveniently ends at one of our favorite campsites in the park, with easy access to the creek.  This is number 23.  Texas Parks and Wildlife reservations now allows you to pick your campsite when making reservations! 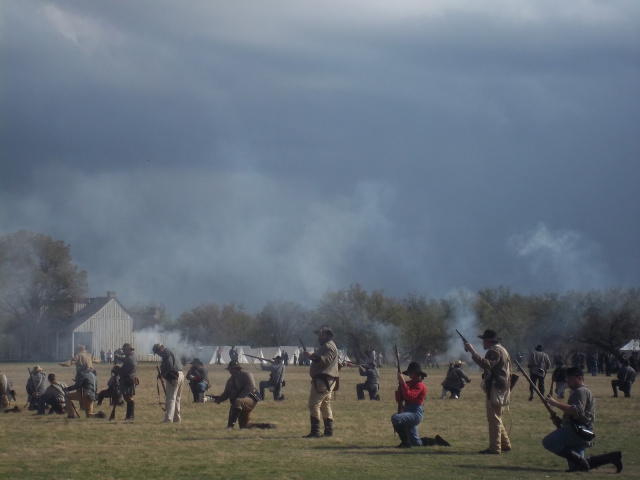 Each year, the park host a Civil War Reenactment and we visited for many years.  Since an actual battle was not fought in North Texas, the reenactment is just for fun, with the sides taking turns in winning and losing.  But it’s a great history lesson for all!

For a couple years, my son wanted to participate and would be a runner for whatever side needed a runner, and during the war this is what many young boys did out on the battlefields to keep up communication between the officers and the men over the loud cannons.  He absolutely loved it!

The Trailway runs from the Fort to the lake, and is a nice little bike ride.  You can take it into town for lunch or dinner when camping in the park.

Things To Do in Jacksboro

We loved the Calzone at Roma’s Pizza at 119 S Main St in Downtown Jacksboro, after a recommendation from the ranger.

Having Fun in the TEXAS Sun is on PINTEREST! Use it as a quick resource to find activities in different Texas towns! Click HERE!